Chronicles of an Angry Man – ‘The Rage’

Home » Uncategorized » Chronicles of an Angry Man – ‘The Rage’

In an effort to address his rage and misdemenours I have instructed Paul to record and publicize his thoughts to the warmachine community. They shall be known as the Chronicles of an Angry man. At times they shall be controversial, mildly offensive and somewhat confusing. Should you experience any of these emotions whilst reading the chronicles please remember that it is all part of his process and while its just made you mad; he wont have to hurt a puppy tonight.

Many condolences for your obsession with an evil, life consuming and frankly bizarre hobby,

So it’s game three at smogcon masters and I am up against a team mate and one of the nicest guys in the UK scene – Marc Williams. He has the composure and appearance of a well groomed pop star; I on the other hand look as though a band of vindictive travelling gypsies have not only held me hostage for three weeks but also fashioned my hair into something that should be inhabited by the animals of farthing wood.

After playing having a storming Saturday and qualifying through the Hardcore event the masters itself was not going to plan. Game 1 could of been adapted into a chuckle brothers motion picture and game 2 someone over microwaved my dice to epic proportions. If you guys in the USA don’t get the chuckle brother analogy then your missing out; check these lads out – www.youtube.com/watch?v=JUS4hU2IOIE

Game 3 could only get better…right?

I dragged my mood up from Oscar Pistorius to One Direction and prepared for the game ahead.

The events of the game come to me flashes. I remember My Judicator setting everything on fire, reckoner killing his avatar. Someone trolling me about terminus. Then Marc saying “well I’m just going to go for something and see if it works”.
The next thing i know Im wondering the streets of Cardiff in a blind rage looking for the vindictive gypsies to take me back in so I can take them up on their offer/threat of bare knuckle boxing as a means of dealing with my rage. 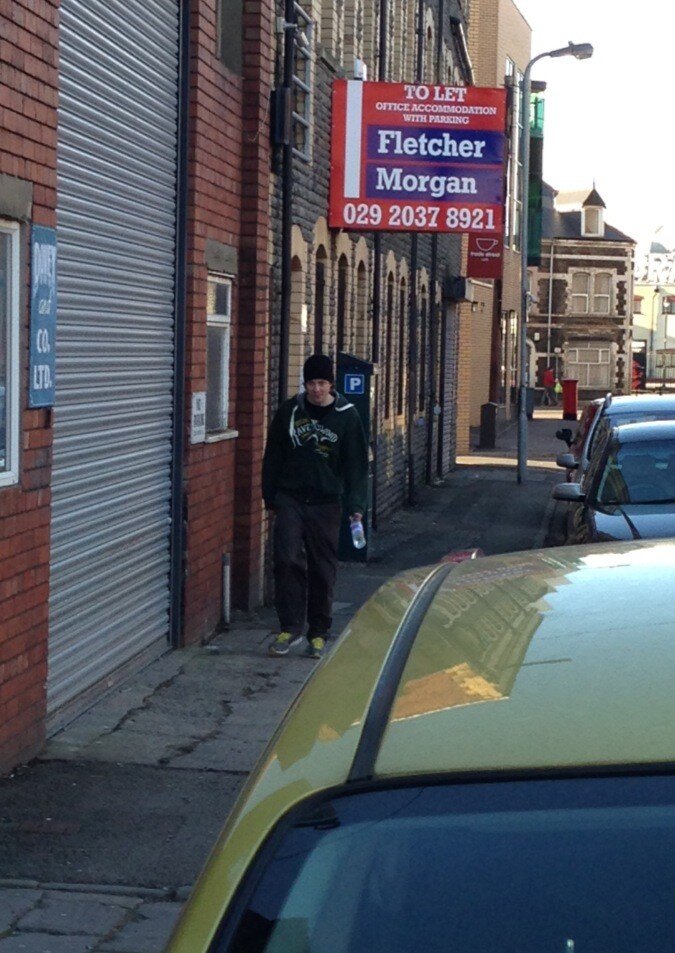 “Rampager” – “all friendly models within 10 metres are drained by constant moaning, shouting and complaining. Enemy models are pushed back and cannot get a word in edge ways.”

Storming out after playing a good friend is far from something I’m proud of. It was however the right thing to do- I know when I have mentally lost it. The combination of take-backs, whacky dice and 48 hours of gaming put me in a dark place.

After the event i was back in the Epic Flail gaming dungeon with my good friend and fellow flailer Brett Wilkie discussing the weekend. Surrounded by D3’s (training dice, makes game harder), art of war manuals and empty Pringles tubes we discussed my rage in depth. At times Brett is the polar opposite of me during a game- he is infallible and unreadable- three consecutive snake eyes and barely the raise of an eyebrow. The same for me and my dice have pinballed around the dungeon and a I am eating a Pringles tube in a blind fury, salty cardboard stinging my bloodied tongue….or something like that anyway.

Our conversation took me somewhere that seems blindingly obvious on reflection but in the moment of fury feels as achievable as licking my elbow (we have all tried it?).

The rage is my enemy and opponents best friend. It effects my decisions, mindset and ability to think creatively. While its amusing for those around me it’s about as useful  as movhanna vs a purification caster. Creativity is something Brett and I talk about a lot. It wins you games and takes your opponent off guard. You have to be able to think outside the box, surprise your opponent and do something different. This creativity is what I feel separates good players from the extremely good players. It normally involves applying a model or unit in a way that its not typically know for by pulling off some trickery or luring your opponent into a trap (putting a bronzeback in a sock and clouting them in the face with it when they lean over the table doesn’t count). In my rage I struggle to tie my shoes never mind position a reckoner.

The realisation has hit me. The rage must be suppressed and saved for podcasting only. No more bouncing dice off walls, marking damage boxes in the fashion of the psyco shower scene or playing harbinger ten pin bowling (you whiz harby along the board and see how many models you can floor. Record is 14). The rage has left the gaming room and replaced by my best poker face- lady ga ga style (bad hair but excellent smile).

After the game with Marc and my street walk I went into my final match up. I had moaned that much about the previous three games I was an empty man.A vessel of nothingness with the charisma of a puff-less puffer fish  I don’t believe in karma but the fact my opponent death clocked himself and I had 25 minutes left did make me think! He had just his caster left and I most of my army- I lethargically moved a few things and pressed the clock back to him. “Why don’t you just kill reznik?” He inquired as my entire army starred at the overweight caster. “It’s been a long day mate, go wild” I replied as I pressed the timer in the vain hope he would pull off another Marc and further punish me for my rage sins. Turns out it just made him angry…….

Epic Flail are a UK Hordes and Warmachine Team. We attend every major UK event and release a regular podcast via Muse on Minis. The author of the Chronicles of an Angry Man is Paul North. His views are his own and do not represent the rest of Flail. Unless he is right and everyone agrees, in which case they are shared